When we launched Change Agents Worldwide back in January 2013, we wanted to experiment with a new kind of organizational model.  We wanted to create a commercial enterprise that was effectively, a network.  Many of our original charter members saw the efficacy of working together in an egalitarian system of shared values and were eager to experiment with new ways of working.

Over the course of time, we shape-shifted on our original business model, yet still retained the values that brought us together originally.  Of course, the network gained new nodes and lost nodes, but in balance, our members are still tightly aligned inside and outside on the social web in philosophy and practice.

As the key founder and “big idea” conceiver originally behind Change Agents Worldwide, I have taken immense pride in the work all our Change Agents have contributed to growing our brand and achieving the worldwide recognition we now enjoy today.  Over the summer of 2014, I decided to turn my attention to using this newfound knowledge to solve an important societal problem.  With that decision, I realized we needed to reshuffle the back-office deck within the network in order to continue our journey.

Our founders met in January 2015 to discuss a few new models for the company going forward. Simon Terry, one of our partners, presented an interesting new model for the business going forward that we all loved.  We came to an agreement as the original partners to transfer ownership of Change Agents Worldwide to Simon Terry, as a result.

Simon has demonstrated an uncanny ability to take these new messages about working in a network, succeeding as a leader in the network era, and how organizations can benefit at every level of the maturity scale by working socially to a whole new dimension.  All of us who originally conceived Change Agents Worldwide are thrilled to see Simon put his energy behind the brand and continue to bring our story to an international audience.

The best news is – we are a network.  We’re not going anywhere.  All the founders, charter members, new members are still an active part of Change Agents Worldwide.  Wiser, older, stronger, and looking to the future.  You might say, we are under new “un” management.

Congrats Simon from all of us!

[This is a bit of an insider post.  New blog readers, please bear with me.]

Here’s a question:  When did you first fall in love with Luis Suarez?  For me, it was sometime in 2006 or 2007.  I first wrote about him on my blog in 2007 after he unpacked a 7-part analysis of the famed Andy McAfee and Tom Davenport debate that I arranged in Boston at the inaugural Enterprise 2.0 Conference.

I tell a funny story about how the social web has changed the nature of business relationships that has to do with how I first met Luis in person for the very first time.  We were literally sitting in two tables next to each other, separated only by a lobby ficus tree.  Luis was tweeting that he was in the lobby hoping to connect.  I saw the tweet, turned my head, and literally JUMPED up to hug him with the fiercest, most caring hug that was appropriate for a hotel lobby.  It occurred to me in that moment how the social web has changed the fabric of business relationships.  In an earlier era, I would have quietly walked over to Luis, held out my hand for a firm shake and introduced myself. That world ended in 2007 for me.

I had a conversation today with a senior executive of a billion dollar company who expressed frustration about how he knows the world is heading toward the way we are working today in Change Agents Worldwide, but he must “deal” with the reality on the ground that is very far from our vision. He’s the voice and the will behind that change; he’s making it happen one tough day at a time.  I celebrate him.

Today, I’m delighted to fill in a piece of our Change Agents Worldwide puzzle.

That is why, to me, Enterprise 2.0 is not only revolutionalising the Enterprise, but also our own ways of life, because, after all, social computing is a philosophy, a way of life you breathe and learn to nurture, that inspires constant change that you rather embrace … or not. And at the end of the day, whether we like it or not, it would be a matter of choice to adopt it or not. And that choice is yours. And yours alone. So it would be up to you (And not higher up in the management chain), whether you would want to change your organisation or not, whether you would want to change your life or not. And if I were you, I would not wait for others to tell you about it…Make it happen!

Welcome Luis.  The world is waiting for your kind of change.

Today, it’s all about networks, something you were most likely not taught about in school. This means that most of our education is useless in understanding the world as it currently exists. Yes, useless.

The always erudite and coherent (Change Agent) Harold Jarche is in a straight-to-the-point mood in this article on the need for network fluency.

Yes, we need to build fluency in how networks operate, and our very active role within them, as they usurp organizations and tribes as the most powerful force in our communities and workplaces.

However, it is a single sentence within the article that got me thinking today:

For individuals, the core skill [for such fluency] is critical thinking, or questioning all assumptions, including one’s own.

Working out loud (WOL) is part of this process of questioning one’s own work and positioning; and then answering those same questions. It is critical thinking made bare. Sometimes the answers are definitive – this is how it is now. More often, they are placeholders for the next iteration of thinking.

WOL is a constant challenge. It is a wrestling match with oneself; and the outcome is always both defeat and victory, as beliefs mutate, positions shift, gaps appear as others disappear.

WOL is edge work, as one risks toppling over the precipice of one’s own preposterousness. Our own network of colleagues, friends, contacts may scratch their collective head, with a ‘what’s this guy up to?’ shoulder hunch.

Still, it is profound work. If you follow the arc of learning – and unlearning, relearning – then you will discover something from the deep well of humanity within us all. It is an invitation to the inner workings of every individual’s genius.

OK, enough pomposity for one day.

This blog first appeared on the ←This Much We Know.→ blog. 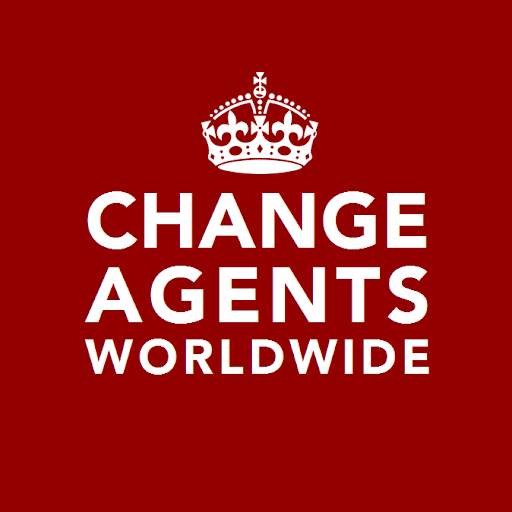 Change Agents navigate the choppy waters and uneven terrain toward the future of work. They invite you along for the journey – as guides, as co-conspirators, and treasure seekers.

They are in the vanguard. This puts them ahead of the pack. It means they are ready. It also makes them vulnerable. There are bruises, and battles, yet Change Agents still ask:

How can I help?

The currency of social business is a deep understanding of emergent themes and practices in culture, technology, organization design, and the impacts on, and motivations of, individuals. Change Agents are rich in life and learning.

Change Agents are in the flow. They believe in networks and net work. They trust. But flow without hustle is mere meandering. Hustle is a willingness to connect with others and (co)create a vision of a better tomorrow. Change Agents say

Change Agents work out loud. They do not have all the answers. They believe ‘share’ is the new ‘save.’

Mostly, Change Agents are curious. Curiosity is the kick-start, the prerequisite. It is the muscle that helps us manage deep, continuous, uneven change.

This post was originally posted on the ←This Much We Know→ blog.

Change Agents Worldwide believes creating the future of work is a human endeavour.  Ensuring effective collaboration requires organisations to adopt new practices and approaches. Your employees don’t want a new gadget, a new process or a new organisation structure. They want more effective and rewarding work. We believe that change starts one human at a time. You are that human. Start now.

Change Agents Worldwide is a global network of future of work practitioners committed to changing work. Our members work with organisations in the US, Europe, Australia and Asia. Our network model and use of collaboration tools enable us to bring the global expertise of our network to every project. We would love to work to make your organisation more effective.

We help change agents be more effective in their organisations. Our Mantra outlines our beliefs. Enquire about membership to learn more.

We help change agents by sharing our insights: